It is the smell that is the hardest to get rid of, a mixture of faeces, decay and death. More than once, I washed my clothes, took a shower, but the smell seems to stay – at least in my mind. There it joins the terrible memories of five days of dog meat research in Cambodia. An experience for all senses, but not a good one. In my head are pictures of countless dogs eaten away by fear. In rusty metal cages, they await their death, which is as certain as it is painful. Within less than a week, we experience the whole range of slaughter methods: drowning, suffocating, hanging or beating to death.

Our first stop, early in the morning, is at a dog butcher near Siem Reap. When we arrive, we witness a man hit two dogs over the head before tying a rope around each of their necks and hanging them in a tree. There they struggle and urinate for a slow and horrifying half an hour until they finally suffocate. Under the tree stands a cage with another dog crouching in a corner. It is clear to see, being forced to watch the excruciating death of others has left its mark. The butcher unties the dead dogs from the tree and places them upon the cage. The dog within winces. It could not be more dire. A rough, but real introduction to the nightmares that await us the next few days.

Between reality and shock

On our way from Siem Reap to the Cambodian capital, Phnom Penh, we see more suffering than we can bear. A roadshow of atrocities. When we enter the slaughterhouses, we do not know what awaits us there. We see live dogs crammed together, crying in tiny, dirty cages. Some of them are still puppies. We see dead dogs being thoroughly washed, shaved, gutted and chopped up. We hear dogs screeching because the cage they are in is being slowly submerged into a deep tank of water. We see dogs whose furs have been removed and then grilled over an open fire. We see bags filled to the brim with dog fur. We see motorcycles transporting cages with live and often injured dogs. During the day we are numb, in a state of shock, the experience does not seem to be real. In the evening, the images reappear, and diminishing any chance of us falling asleep. And there it is again, the smell.

After two painful days, we can no longer endure being silent observers. We want to become active, even though we know that rescuing individual dogs is not a permanent solution. At a dog meat restaurant, we discover a dog chained to a tree. He lies trembling in a mud of faeces and dirt; his ears coated with ticks. He does not dare to look at us. We are told that he will be hanged tomorrow. His owner gave him away because he was naughty. He chased chickens. After lengthy negotiations, the restaurant owner hands the dog over to us. We promise to buy drinks in his small shop. As soon as the dog is in our car, relief appears in his face. He wags his tail friendly, and somehow, he knows we will not hurt him. We call him Quentin and bring him to our local partner "Animal Rescue Cambodia". The next day we find three puppies in a slaughterhouse that looks like a chamber of horrors: dark, screaming animals and a disgusting stench. A monkey is chained above the water tank in which the puppies are later to be drowned. Every day he must watch up to 50 dogs being killed, screaming and fighting until their last breath. We suspect that he has been trained to fish the cage with the dead dogs out of the tank. The slaughterhouse owner tells us that he has some business cards. His offer: He picks up dogs that do not behave or are a burden to their owners. He leaves us the three puppies that we call Bene, Bates and Nickie. We bring them to our car to leave the place quickly. As we turn out of the driveway, a motorcycle with cages of dogs drives towards us. New supplies are delivered.

I want to be angry, but I don't know with whom. Most of the people who give us an insight into their daily lives in the dog meat trade are not proud of it, quite the contrary, they tell their stories in shame. They would like to do something else: growing rice, selling vegetables, opening a small shop on the side of the road, but the financial resources alone are lacking. Poverty can be felt everywhere in Cambodia, and most of them do not get rich with the dog meat trade but manage to survive. However, the trade is not widely accepted in Cambodia, and people look down on dog catchers, butchers and restaurant owners.

Cambodia is just one example. The brutal trade with dog and cat meat is just as rampant in Vietnam and Indonesia. FOUR PAWS wants to raise awareness on the issue in the Western world, even if it is not easy to see. Only informed tourists can make ethically correct decisions. We do not want these countries to be boycotted, but tourists need to be more careful. Eating a piece of dog or cat meat is not a cultural experience to be ticked off. Within Southeast Asia, FOUR PAWS would like to support the people in finding a way out of the cruel trade. On the other hand, we would like to educate people about the responsible treatment of pets and strays and to advocate for stricter animal protection laws and enforcement. We know it is a long way, and unfortunately many more dogs and cats continue to lose their lives, but we will not give up, and we will continue to fight for a ban on dog and cat meat trade in Southeast Asia by 2030. For Quentin, for Bene, for Bates, for Nickie and for every other nameless animal that has been, is and will be a victim of this terrible trade. 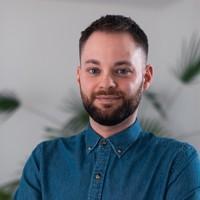 Martin works at the FOUR PAWS headquarter in Vienna and is responsible for all global public relations activities. As part of the team working to end the dog and cat meat trade in Southeast Asia,  he communicates key issues to a wide international audience through media relations and celebrity engagement.